“A novel must show how the world truly is, how characters genuinely think, how events actually occur. A novel should somehow reveal the true source of our actions.”

I started this blog in result of the ideas I had for a research project evolving. JASNA (Jane Austen Society of North America) offers a grant for their International Visitor Program (Click to read more about JASNA and IVP). I had so many ideas I wanted to write about in regards to Jane Austen. I narrowed down the list and chose Feminism. What the movement is, where it began, what Jane’s role was and still is.

As I began my research, I got to thinking about just how many opinions and thoughts I had. Not only on Feminism (such as: its real meaning as opposed to “Man-hater”) but Jane Austen herself. Why not take it further than one singular topic? If I was to jump, it might as well be down the rabbit hole of Jane Austen where I’d gladly reside.

So what’s the big deal? Well, this grant chooses one international visitor every year. This visitor gets to visit, work and stay in Chawton, Hampshire. Specifically Chawton House Library and…..Jane Austen’s House Museum. WHAT?! For any Janeite this is quite literally a dream come true. It is something many of us have on our bucket list but likely won’t be able to check off.

The quote listed above is from the movie Becoming Jane, where Anne Hathaway plays the part of Jane Austen. Although I may not be received  with open arms on this, I love the movie (even with the all of liberties taken). The movie follows a young Jane Austen on her destined path of becoming a published author. I found it to be one of the most refreshing takes on Jane herself. We’ve seen so many new novels based off of her classics (Zombies, Sequels etc.). Some fans are more receptive to renditions or movies like Becoming Jane. The name and meaning behind this blog were influenced greatly by this movie. I should not just write as Jane would, I should write as I would, as life is now.

I took this path initially in hopes of getting the chance to see and envelop myself in Jane’s home (which of course I still very much want!). Now, I realize this is just the beginning. I’ve connected with so many other Janeites throughout this process, read so many interesting Jane blogs/commentaries. I will be forever grateful for JASNA’s influence, in pushing me to pursue this dream and finally be a part of this tight-knit group of Jane admirers. I ‘ll take Jane with me, connecting her world with mine wherever this journey leads and maybe one day I will live by my pen.

“There is nothing I would not do for those who are really my friends. I have no notion of loving people by halves, it is not my nature.”

I’ve always had a soft spot for Northanger Abbey.  My coming of age story differs greatly from Catherine Morland’s. Barring the amount of time passed, the significant difference is the freedoms I had in comparison to Catherine’s (and Jane’s). I wasn’t able to understand how important this freedom was until age 17. It was then I lost a close friend, the sole person who knew my truest self. At that age you see the world as the cleanest of slates with no end date, that is how my dear friend lived. She viewed life as a book of endless blank pages to fill with her whimsical adventures as she saw fit. She was never afraid to make her own rules.

Me? I was apprehensive to this care-free, stop and smell the  hyacinths lifestyle. Society says we’re too young for almost everything until you are too old for everything. I treated these guidelines as a strict outline. If I strayed before society deemed proper, I would be condemned to a life of unhappiness. I know, these are the words of a Janeite (I come around, I promise!)

It was when I lost this friend I was able to understood just how fully she loved me.  Her heart was so free, it made sense for her to live and love as much as she did in what little time she was given. I was close to falling into the enveloping grief and guilt that lingered. How could I have challenged her choices? Notably when I stood tall for Jane’s beliefs, which opposed what society deemed the norm.  Following the loss, sunshine started to peek through the stretch of rainy days we had endured. I knew then, she was on her way to her next life but stopped to remind us of her unfaltering belief. Her belief in who I was, and who I was meant to be. To make sure I  didn’t let life pass me by, to make my own rules and to love fully . In those dark times, she wouldn’t let me waver. She gave me that last gift. 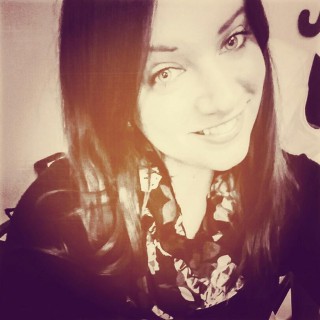